Changing the World One Person at a Time: DSP Destinee Alston - Penn-Mar 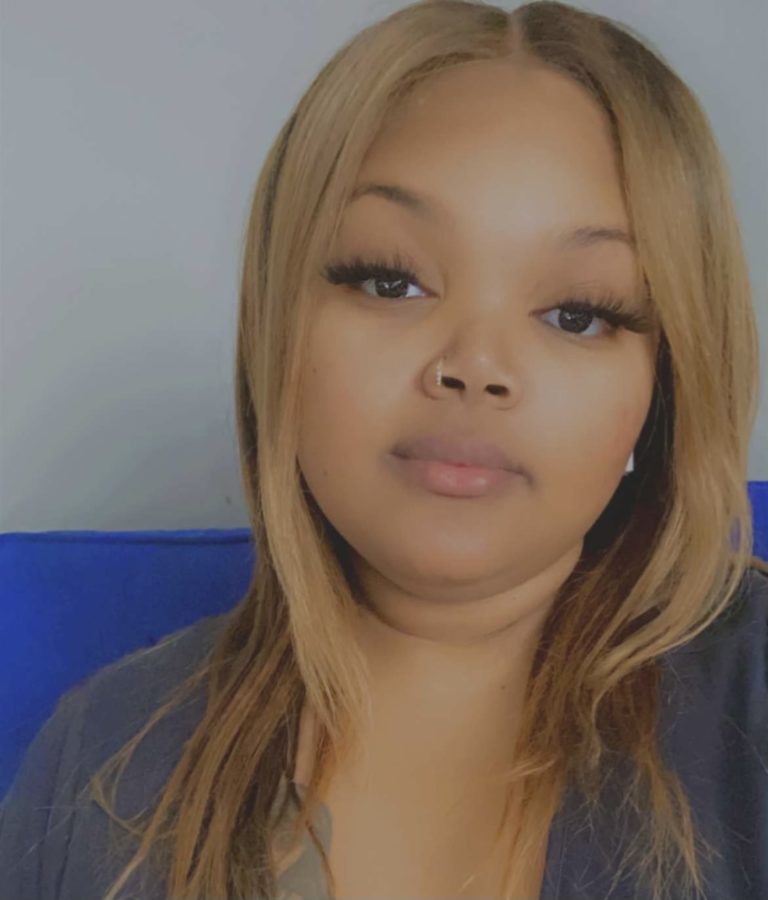 Destinee Alston has been a Direct Support Professional for 5 years, and spent nearly 3 of them at Penn-Mar. She’s a Residential Supervisor who was promoted to the role just 2 weeks prior to the pandemic. She’s also the kind of person you want to run the world – but only if she still manages to squeeze in the time to work at Penn-Mar.

Perhaps that’s because for Destinee, the phrase ‘Penn-Mar family’ is quite literal. Her mom was also a Residential Supervisor at Penn-Mar before becoming a social worker. “I grew up around people with all different types of disabilities. I’ve seen and experienced how people are mistreated, excluded, talked about. Ever since I was 12 or 13, I was an advocate, because people with disabilities just want to live their lives like everybody else.”

Fortunately, Destinee’s mom encouraged her to pursue a career in this field, and she started out at another agency. “I worked there for 2 years, but my mom kept telling me to come to Penn-Mar, that I would love it here. Finally, in April 2018, I decided to take a leap of faith. I looked it up and when I saw the website, saw the part about the mission, that’s what drew me in. To see an agency that is in support of what you believe is just phenomenal. Especially how they started out – 12 families just did it,” Destinee says of the founding families of Penn-Mar, who wanted a better future for their adult children with disabilities and decided to launch the organization.

“It felt like an automatic connection to be here, and I’ve loved it ever since. Penn-Mar might have the typical issues you have at any workplace, but they also care, and not just about the individuals, but about employees. That’s what I love. Not only are we transforming life into living for the individuals, but for all of us.

Putting Her Whole HEART into the Job

Destinee’s passion is apparent just from the way her voice vibrates with excitement over the phone.

“If you want change, you have to make it happen,” she states emphatically. “You can’t just sit around. So that’s why I went into this field. I wanted to change things for people with disabilities. My job is to go in and wherever I’m working, provide love, support, and compassion that the individuals typically aren’t seeing. Not from their family or support staff, who definitely care about them, but from society. I’ve had experiences where we’ve been out and people mean-mug them, make faces, are rude. Not everyone has a voice and can say, ‘I don’t like that. Why are you treating me like this?’”

A recent HEART Award winner, a Penn-Mar honor that recognizes team members who lead with Honesty, Excellence, Advocacy, Respect, and Teamwork, Destinee’s efforts to provide the best supports stand out.

“The house where I work now has a gentleman who has dementia, and he had a very, very, VERY rough start with it. The dementia caused a decline, and he didn’t want to do anything. He would say no to anything and everything. I had to work with him to find alternatives. He started to turn around, slowly but tremendously. It took so much time, and it’s really hard because he doesn’t understand the pandemic, but things are better.”

‘Better’ is an understatement – the gentleman, who had withdrawn from the world, now loves going outside, even just for a walk or a car ride. “It’s just a beautiful thing. To see the hard work pay off is something I’ll remember forever. People were giving up on him. But I wasn’t going to. Even if he said no a million times, I was going to ask him a million-and-one. I wasn’t going to take his choice away. Dementia had already taken so much. So that was my motivation.”

Destinee dug deep, and even during her rare hours off would research strategies, ask her colleagues for advice, and watch videos from professionals. She spent extra time working with this gentleman each day in addition to all her regular responsibilities. Then she’d go home, do some research, and the next day implement her ideas. “I took notes: what worked, what didn’t, his reactions. Once I knew what was successful, I would inform other staff, so we were all on the same page.”

Despite the long, uphill battle, Destinee says she’d do it all again. “When you’re able to work with someone and break those walls down and accomplish something that people swore up and down would never happen, it’s so beautiful. That’s my passion. I truly want everyone to live the best life that they possibly can. There’s no reason for them not to. If I can do something to help them reach that goal, I’ll do whatever it takes, even if takes up every spare hour.”

Standing Together with a Mission

Destinee’s also worked hard to build relationships. “A lot of the people we support don’t have family anymore and nobody wants to be alone on the holidays. For the past 3 years I’ve taken a young lady home with me. Even when I’m not working, I come in and pick her up and take her with me. Last year she came for Christmas. She had a BLAST. She bragged about it to everyone, saying ‘I had so much fun at Destinee’s!’ But the best part was she participated in an activity at the Day Program where she wrote about what she was thankful for. She wrote, ‘spending time at Destinee’s house,’ and it made me cry.”

“This job fills my soul; it isn’t like work to me,” Destinee shares. “I always say, if the pay were to stop coming tomorrow, I would still work. Granted, everybody needs money; I have to pay my bills. But more importantly, everybody needs hope. Everybody needs someone in their corner.”

Yet even Destinee acknowledges that this job can be overwhelming. “Sometimes you need to just breathe. Breathe in and out and just take it one thing at a time. It’s not a race. It’s not a contest. Especially with the pandemic, I’ll go outside, breathe for a moment, and then figure out where to actually start. Starting is the hardest part,” she wisely notes.

And while life has been tough lately, Destinee knows that DSPs will persevere. “I’ve met some very outstanding DSPs. If the world was run by DSPs, it would be a different place. There are a lot of people at Penn-Mar that have the same passion as me. That have the same drive. And that’s the support that someone with a disability needs. The best thing for anyone to have is someone that cares for them genuinely. Someone that is going to support them in living their life to their full potential. It makes me warm and gooey inside to know that there are other people on my side. We’re standing together to make this mission complete and trying to touch as many lives as possible.”